Emergency Dentistry on a Budget

The Ins And Outs Of Treating Mucoceles

Developing an unusual bump inside your mouth is always an unnerving occurrence, and you should always visit your dentist for an inspection if you're worried about a new growth. However, there are a number of relatively harmless conditions that cause these lumps -- one of them is the mucocele, a soft, smooth lump containing a cyst filled with protein-rich gel, that forms around a damaged or blocked salivary gland. Salivary glands can become damaged by anything from a blow to the jaw to sucking on your lips too much.

Mucoceles can appear on the roof of the mouth, your gums, the insides of your lips or under your tongue, and while the lumps are benign and harmless, they can still be bothersome and make talking or chewing awkward. If so, your dentist can offer a range of treatments to rid you of your nasty little lump quickly and effectively:

Don't immediately assume that you will have to go under the scalpel to have a mucocele removed, as if a mucocele is caught early it can often be cured with simpler, non-surgical treatments:

Whatever you do, don't try to burst a mucocele yourself, as the damaged salivary gland within is very vulnerable to infection.

If a mucocele is allowed to grow too large, or if it doesn't respond to standard treatments, one of two different surgical procedures may be required.

The first procedure is salivary gland removal and is generally performed when a salivary gland is likely to become swollen again or has done so in the past. This is a minimally invasive procedure performed while you are awake under local anaesthesia, and it will involve a small incision where both the mucocele and the salivary gland beneath are removed. Don't worry -- you have plenty more where that came from. Recovery time is generally 2-4 weeks -- this can be shorter if your dentist uses laser surgical tools.

The second procedure is called micro-marsupialisation (but does not have anything to do with small kangaroos). In this procedure, the dentist simply places a series of sutures through the cyst and cleans out the fluid within. The sutures are then allowed to remain in the skin for a week, which allows new, clear channels to the salivary gland to form, releasing the blocked flow of saliva. This procedure is done under local anaesthetic, is simpler that salivary gland removal and only takes a couple of weeks to fully recover from if successful. 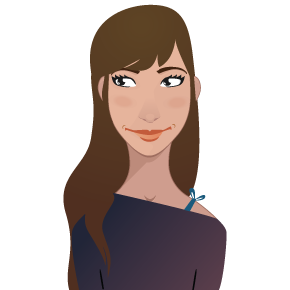 Is your budget preventing you from getting the dental care you need? Well, it shouldn't, and it certainly doesn't have to. My name is Frances, and I've struggled through dental emergencies on a tight budget. Along the way, I learned lots of different strategies, and I want to share them with the world through this blog. In this space, we're going to talk about how to find an an affordable dentist, how to ask for a dental payment plan and how to find assistance paying your bill. We're also going to look at pain minimisation strategies. If you can't afford to see a dentist until payday, the posts here are designed to help you get through those days easily and relatively painlessly.